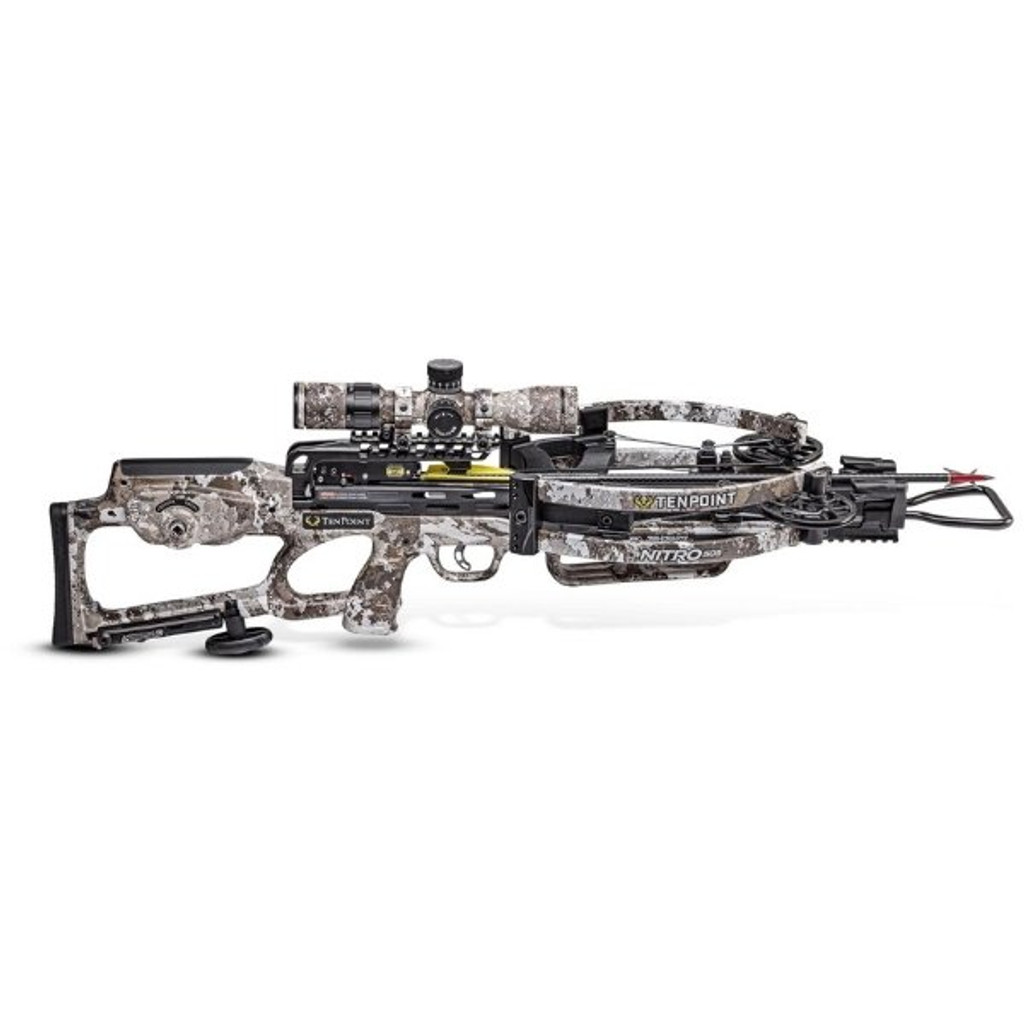 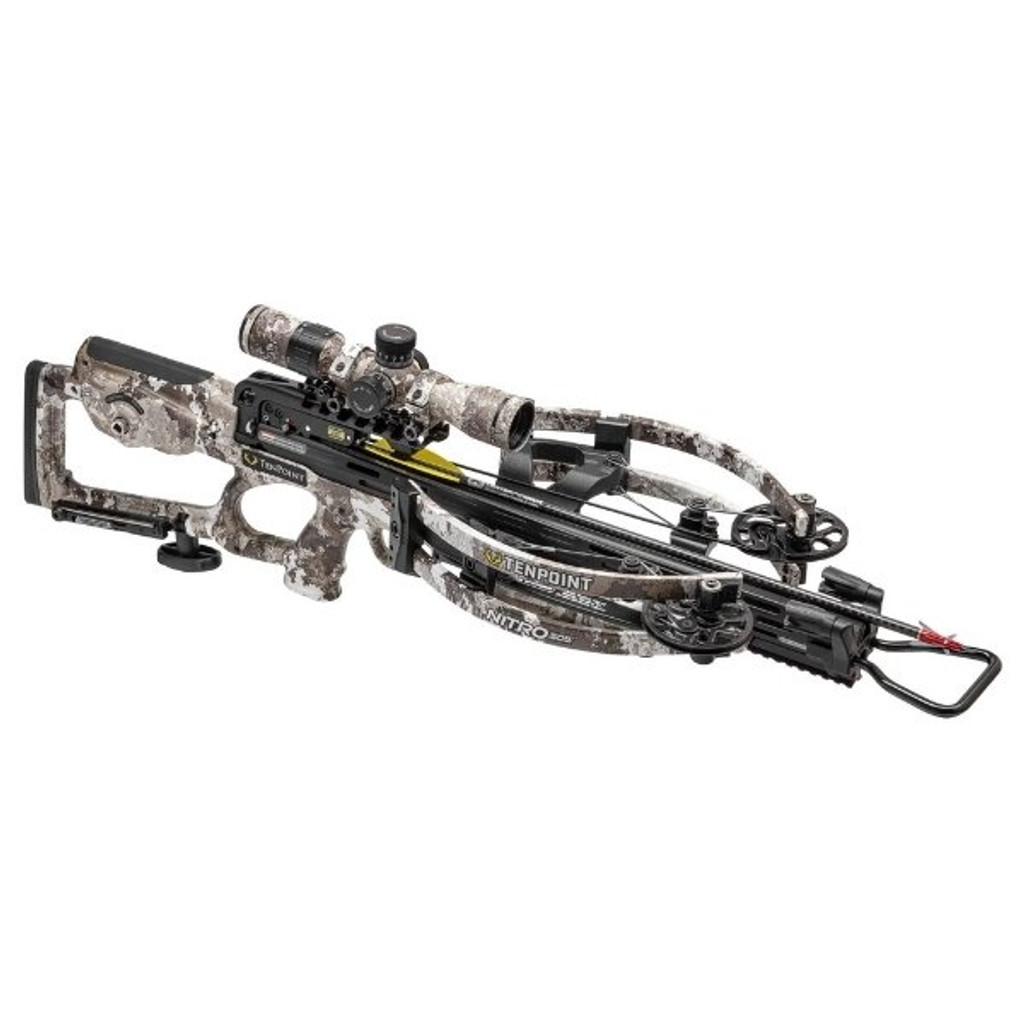 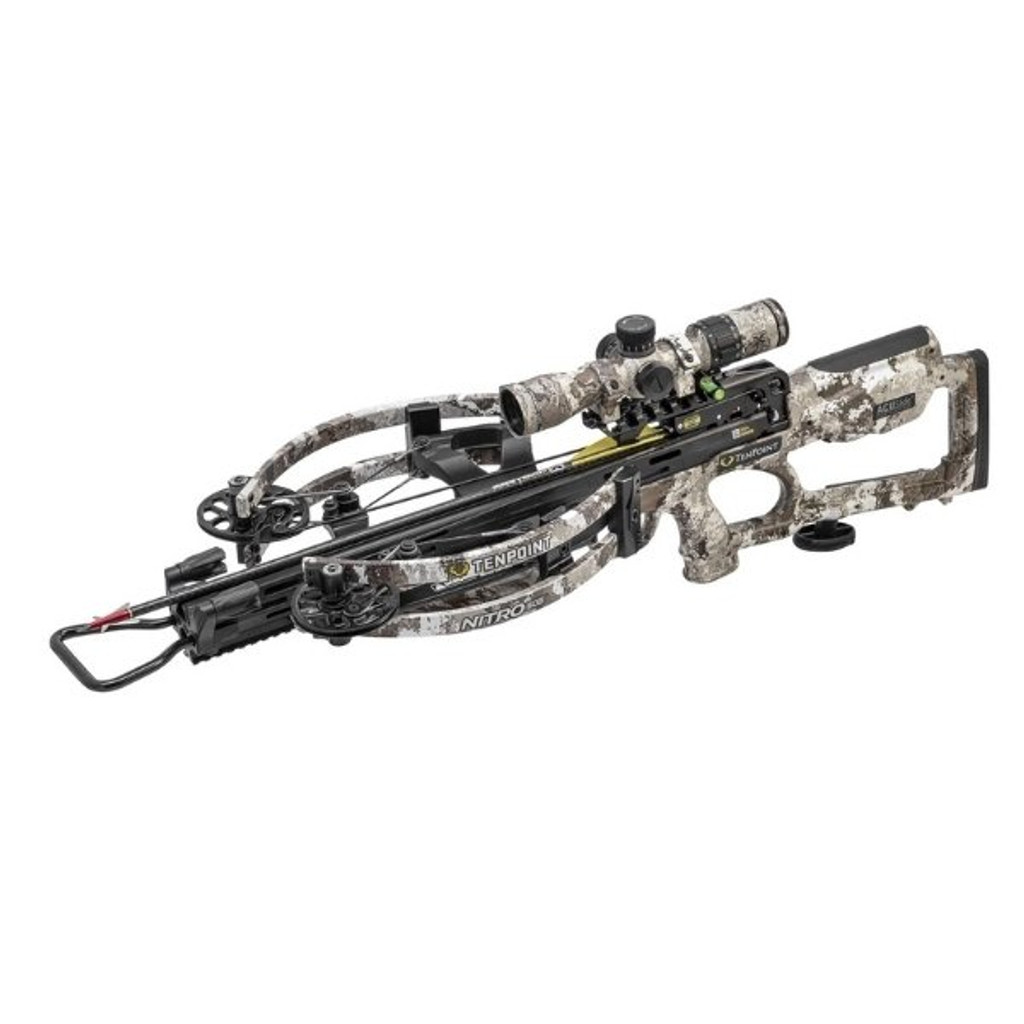 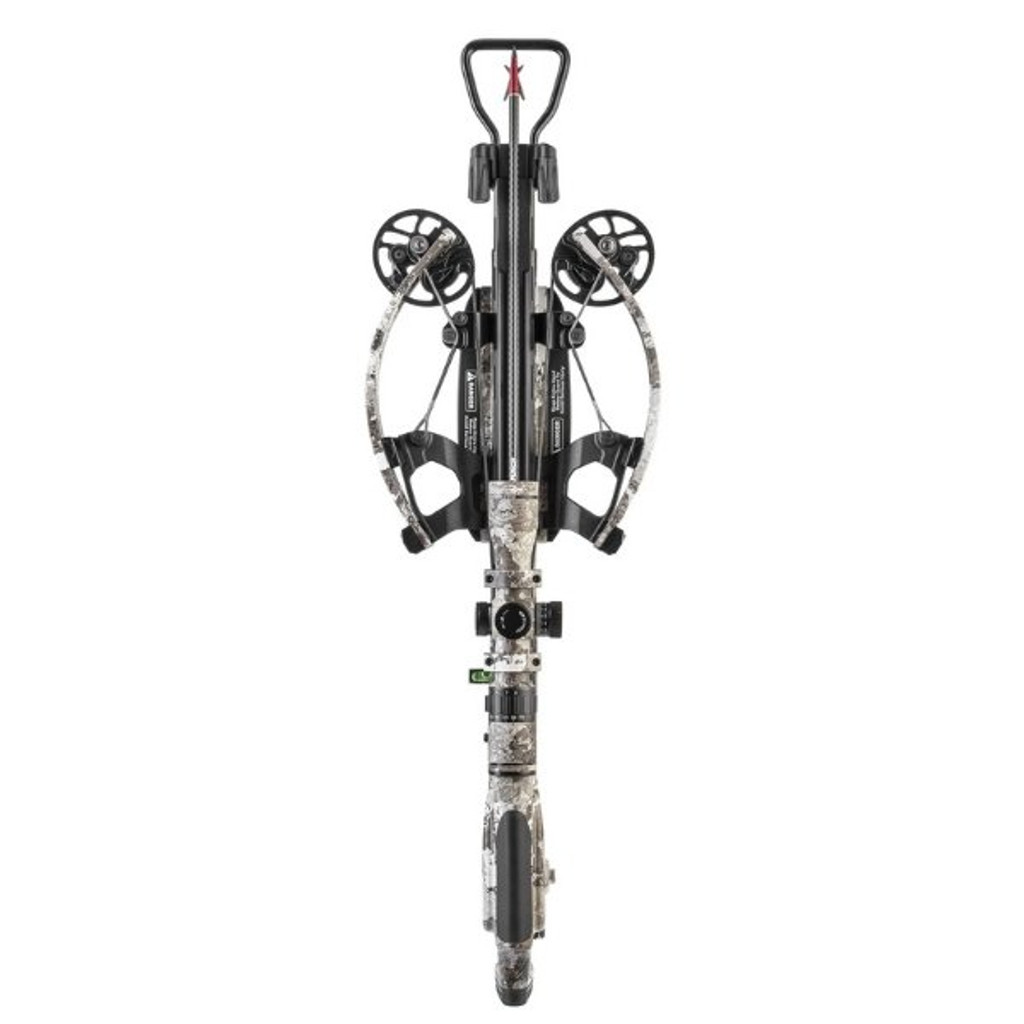 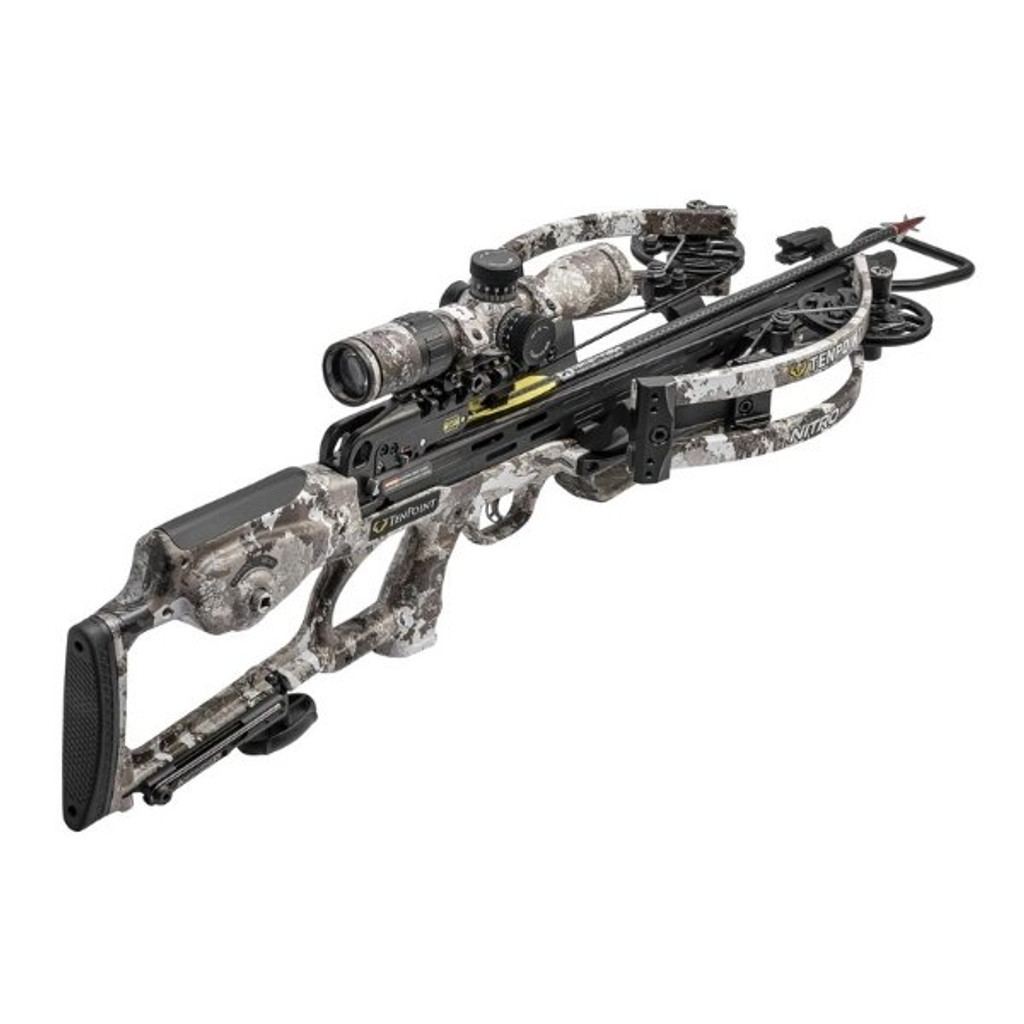 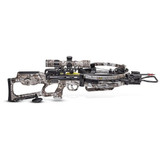 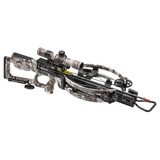 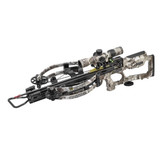 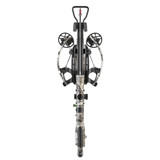 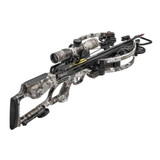 The Fastest Crossbow in the World.

Meet the Nitro 505. With speed of 505 feet-per-second and 227-foot pounds of blistering power, the Nitro 505 is the fastest crossbow on the market and the most powerful crossbow ever built by TenPoint.

Featuring a perfectly balanced reverse-draw platform that is unmatched in its ability to produce speed and power, the Nitro 505 is equipped with a newly designed RX-8 Cam System, a 2-stage, zero-creep S1 Trigger that delivers a consistent crisp, 3.5-pound pull, and the easy cocking and de-cocking system dealers recommend most – the ACUslide.

Requiring just 5-pounds of force to operate – a fraction of the force required on competitors bows – the ACUslide provides safe cocking and easy de-cocking. If you don’t take a shot, safely de-cock the crossbow by backwinding the handle, and unlike other de-cocking systems on the market, this easy cocking feature allows you to stop at any point without the fear of damage, injury, or losing control.

With more than 25,000 test shots fired, the Nitro 505 is built to maintain the durability you’ve come to expect from the company well-known for building the best crossbows and who make make speed and safe de-cocking a priority.

We’ve set the record with the fastest crossbow, we’ll let you set some records of your own in the woods!

Provides silent cocking and safe de-cocking. The safest and easiest system on the market, requiring only 5-pounds of force to operate. Features a new break pad with more robust breaking power and new Dyneema Cocking Strap that handles over 2,000-pounds of force. If you don’t take a shot, safely de-cock the crossbow by backwinding the handle, and unlike other de-cocking systems on the market, stop at any point without the fear of damage, injury, or losing control.

Reduces string-to-barrel contact by 50% to provide longest string life in the industry – surpassing “rail-less” crossbows by hundreds of shots.

The reverse-draw design creates a 17-inch power stroke - the longest in the industry. The increased power stroke generates more speed with less draw weight - creating a smoother, quieter shot. It also keeps the nock engaged with the string for an additional 4-inches before release - generating better accuracy. And, the reverse-draw design eliminate the "nose heavy" feel of traditional crossbows - making it easier to hold steady.